The music of Suzanne Grosvenor is known for its sheer musicality and poetic lyricism.

The lifelong journey of music, for Suzanne, is an exploration into not only what music can communicate, but from where and how it comes and the motivations behind it.

For her, music is the psyche in motion. Music can speak to and convey undercurrents of the psyche and of the spirit.

Suzanne reminds us of the importance of the music we listen to for music pours into us the memes of life, affirming life's potential order as well as its disorder with the capacity to awaken the beauty, flow, depth and subtlety from within us.  Music can evoke deep layers and dimensions of our spiritual / emotional experience, enhancing our lives and our sense of being. Music is a language of the spirit, a celebration of life and beingness.

"Music may be art, but even more than that, music is message." The message of music transmitted through physical energetics and the intention behind it, for Grosvenor, is its most meaningful, influential aspect.  "Music is a language for communication and a stimulus for change, more than we may think."

"Music stimulates us to engage subtle perceptions, awake to the finer details of our experience.  We take in the messages music transmits to us and we tend to believe what we hear.  We may even become more of what we hear," Suzanne asserts, "as music can infuence our consciousness and set the tone and timbre of our lives."

Grosvenor's improvisational style is unique, more classical than it is jazz and the more usual improv styles, yet it is inclusive of many influences.

When she sets out to play a spontaneous interpretation, she does not intend to replicate a genre but plays "the sounds I hear as I hear them. . . from people, places and moments."

An award-winning pianist and composer, Suzanne was born into a classical music upbringing. She began performing her own music in recitals at age eight. At ten, she was a guest soloist in concert with a youth orchestra in playing Mozart and, at seventeen, was a winner of the Phoenix Young Musicians Concerto Competition.  She was guest soloist with youth orchestra on two occasions in her teens, playing Grieg and Kabalevsky piano concertos. She played cello, violin, clarinet and percussion with a number of youth orchestras.

Suzanne was awarded scholarships to the San Francisco Conservatory of Music and Arizona State University where she majored in music. Her studies emphasized music theory, harmony and composition through the ages, from Gregorian to Baroque, Romanticism, Impressionism, Modal music and Atonal Dissonance.

Ever drawn to improvisational music, Suzanne launched a career playing blues, jazz, rock, pop and jugband music, touring twelve US states with a band.  She let her hair down with bluegrass, playing the fiddle and washtub bass at bluegrass jam sessions and a Tucson Bluegrass Festival.  She jammed with Gypsy musicians of the northwest U.S., documenting their traditional music in recordings.  As a session player Suzanne contributed to numerous albums, projects and movie soundtracks.

When she wrote and recorded the song 'You Can't Stop Her' for Bandolier Records it became a regional Top 40 radio hit and her band played warm-up in concert for David Byrne and the Talking Heads. Suzanne went on to play keyboards with the Don Latarski quintet whose jazz fusion album was high in the national jazz charts.

Suzanne fronted a pioneering jazz fusion trio and quartet, playing original music at venues around Tucson and the First Annual Prima Vera Jazz Festival. Chuck Graham of the Tucson Citizen writes, "[Suzanne] plays keyboards, sings, writes and leads a trio that is becoming a living laboratory for experiments blending pop music with elements of classical and jazz...ranging from dramatic production numbers that have the sweep of movie soundtracks and primitive songs that are minimalist studies...  [Suzanne's] band has a lyrical sound...but it also has a strong rhythmic drive, though lighter than the heavy handed throb of most jazz fusion groups."

In the 1980's Suzanne's music took a new turn as she began hearing original music in association with life experiences, giving birth to her unique composition style blending classical and jazz. She released her first piano album Lantern in the Window in 1984.  See reviews.

Reviewers describe Grosvenor as "a master of composition" ...  her music “exquisite, evocative and poetic” ... her improvisational approach “cultivated to mastery.

Her music was featured in 1988 on the CD Lights Out II of various artists along with music of Will Ackerman, David Benoit, David Lanz, George Winston, Eric Tingstad, David Friesen, Scott Cossu, Dehner Franks, Jeff Lorber and other artists.

When Vladimir Spivakov, preeminent conductor and violinist of Russia, heard Grosvenor's music while touring the United States, he requested that Suzanne compose a piece for his orchestra, the world-renowned Moscow Virtuosi Orchestra.

Suzanne began playing reflections on daily life and of the people she meets, not only as compositions but as spontaneous improvisations at the request of friends and friends of friends as they sat with her.  Through free improvisation, played as intentional 'interactive music,' an extraordinary potential within music began surfacing.

Grosvenor's improvisations have been known to stimulate healing responses in people for whom she plays, in both private sittings and concerts, custom-made for audience members. (Info at Music for Health.)  Suzanne has created hundreds, if not thousands, of Sound Portraits for individuals and audiences.  See website  Music for Health addressing the Healing Power of Music.

In 2012 Grosvenor released a CD of spontaneous Sound Portraits, Piano Improvisations I; Light Shining Through.

Strolling Minstrel plans to release new albums of Grosvenor's compositions and improvisations in 2020.

Help spread the word about this artist. Please tell your friends where they can find music of Suzanne Grosvenor.

Enjoy your visit to suzannegrosvenor.com.

"Music may be art, but even more than that, music is message. Music is a language for communication and a stimulus for change,

more than we may think."

Grosvenor is a master of original composition.

"We take in the messages music transmits

to us and we tend to believe what we hear.

We may even become more of what we hear."

cultivated to mastery...Belies ideological distinctions between the composed and the improvised. 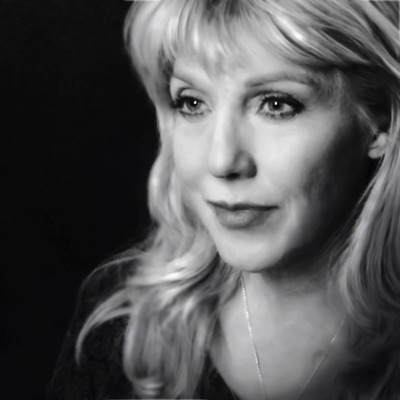